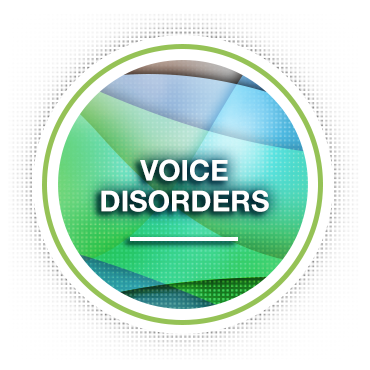 Phonation (also understood to be voicing) is the process by which the vocal folds produce certain sounds through vibration.

More than a million children in the US have some kind of voice disorder. A voice disorder occurs when the quality of a person’s voice is noticeably different from that of others of same age and sex. People with voice disorders often complain that their voices tire easily or that they have difficulty projecting their voice.

Children with voice disorders may have harsh or hoarse voices or voices which are too high or low, too loud, or too nasal.

A poor voice quality may make it hard for a child to communicate effectively, and may make them lose self-confidence or it might affect the way other people see them.

Stridor (noisy breathing) in children signals some kind of obstruction or narrowing of the airway as it passes through the larynx or trachea. Stridor can also be caused by problems outside the voice box. Any breathing difficulty needs immediate medical attention.

How can I help my child with a voice disorder?

A speech-language pathologist can evaluate the child with voice differences. She will record and analyze your child’s voice quality, observing pitch and loudness, hoarseness, breathiness, and resonance. Before treatment starts, however, your child will be referred to an ENT, an ear, nose, and throat specialist who will diagnose and prescribe treatment based on what is actually going on in the child’s larynx. Sometimes the treatment is purely medical, but other times he is referred to a speech-language pathologist who will work with the child and family for an ongoing treatment plan as the child learns how to use his voice correctly and effectively.